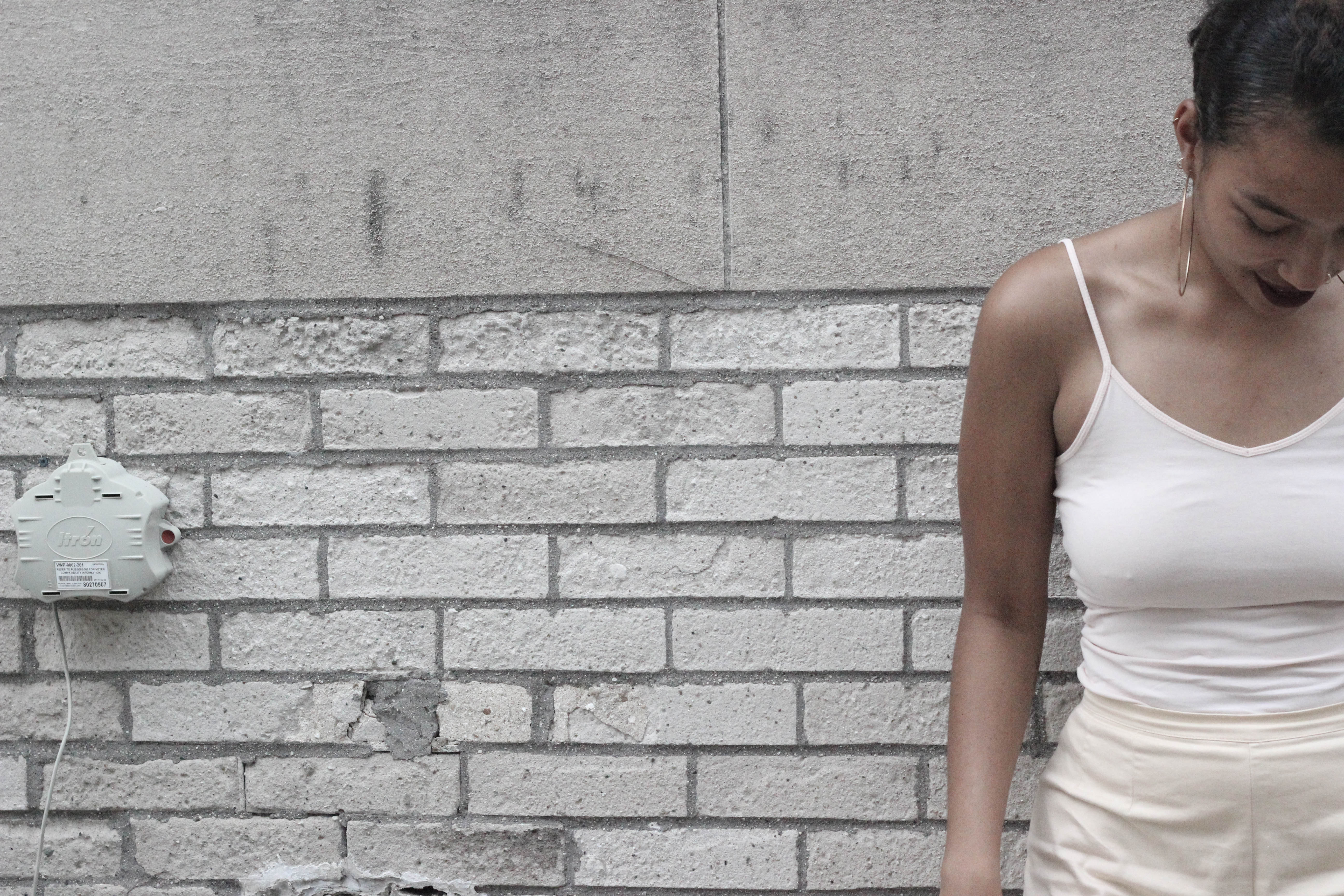 AD: What made you pick your major?

SS: I’m majoring in broadcast and cinematic arts, which is basically film because I don’t want to go in the broadcast side. I realized broadcast news isn’t for me. It’s really structured. I couldn’t do it, as much as I thought I could. I was interested in making videos in 7th grade and I begged my mom for a camera because I used to watch YouTube videos of people singing music videos (which is super lame) but I was just like, “Oh my gosh. I wanna do this so bad.” I got a point and shoot camera. I started making videos and editing them and I was like, “Oh I really like this.” I did that until 8th grade (the lame YouTube video stuff), and then I stopped in 9th grade because I’m like, “I don’t know what I like to do.” In 10th grade I joined the newspaper committee and I started doing videos again. And I said, “Oh shit, I can do videos forever.” …I feel like it was my calling, almost.

AD: What prompted you to start Artist to Artist?

SS: Well, I mostly give Deshia (the other half of Artist to Artist) all the credit because we were just sitting in our room doing our homework and we were talking about wanting to do something big, and we wanted to try out a website or something. She said, “We should start a magazine.” I was like well a magazine’s kinda big you know, we can’t just fill out a magazine. What about a website? We just did an outline of the website, and we did our first interview of these two guys who do music…We wanna learn more about people, what made them start, what they’re doing, why they’re interested in it, and be able to give them a voice in the community. We want to be faceless so this wouldn’t be about us at all, strictly the artist. We don’t want people to know that we’re making this at all. Strictly for the artist, by the artist–Artist to Artist. (This is when I had my revelation about the name.) 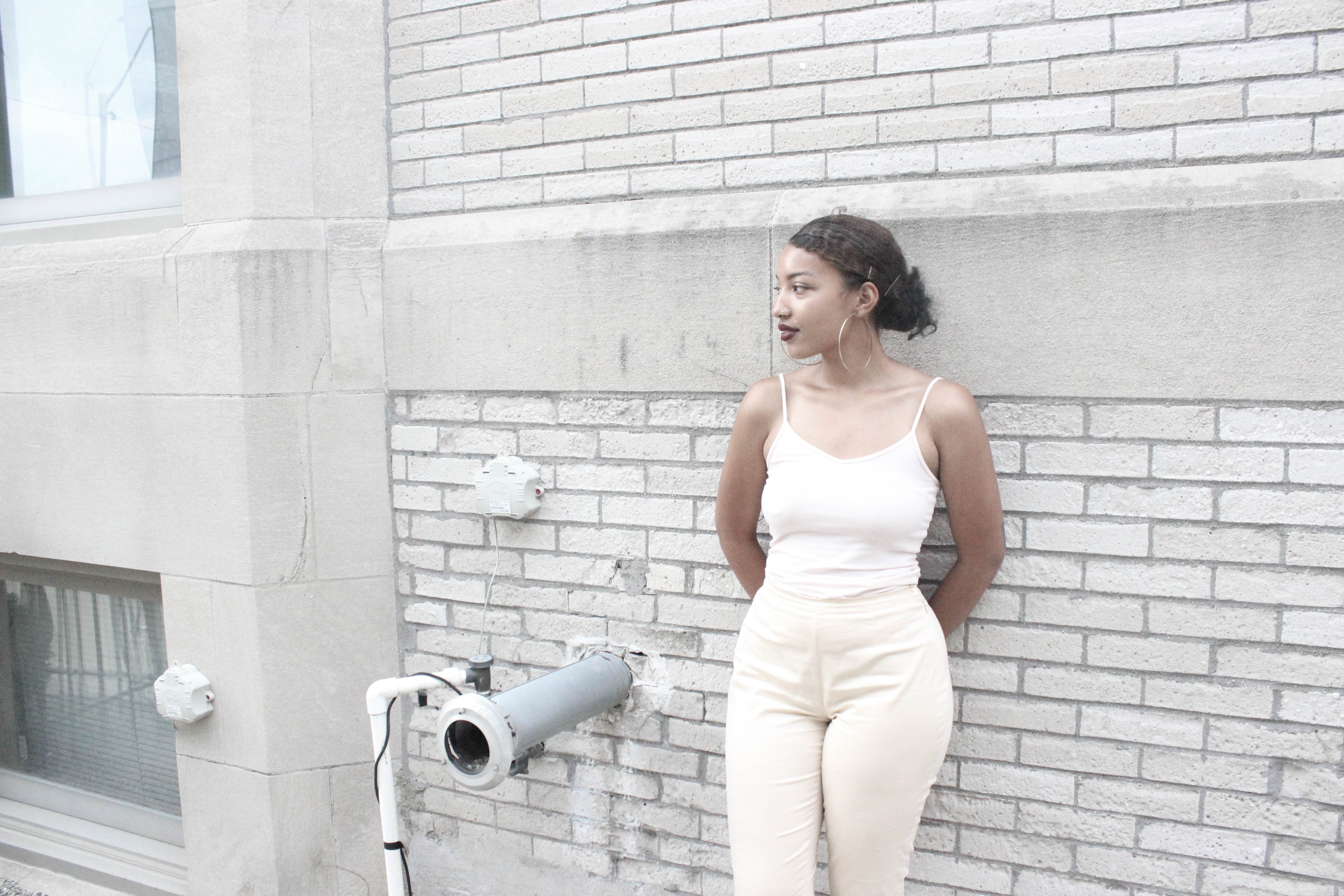 AD: What has been the best experience with the website so far?

SS: I feel like the website has opened up a whole new future plan for me and Deshia (speaking for her too). Before the website, we wanted to do something that helped people in our creative fields. She majored in English and was going to be a teacher but now we’re like, “oh shit we wanna build this website up to be a magazine. Then, we wanna have a building where creatives can come in and have a free space to have a studio and have a creative space for people like us who didn’t have it before or don’t know where to start. They can have somebody help guide them.

AD: How do you feel about Black people in the field you want to pursue? Are they well represented?

SS: I’m really interested in analyzing films and stuff like that. I watch a shit load of Black director’s movies and they’re not as highly notarized as Stanley Kubrick or they’re so small where they’re hard to access. Then we’re almost stuck in the same genre, where they’re all dramas…Ava DuVernay just got $100 million, the highest budget given to a Black woman. She’s directing a normal movie that a white man would make and it’s super cool because who does that anyway? No one. It’s like, finally.

At Central, most of the newscasters are white. That’s just a lot in itself. All of the RSO (resident student organizations) are all white people. I was the only Black girl in one of the film society meetings at Central. I’m like, I know our Black community is small, but damn. (laughs) I’m a woman and I’m Black and it’s like I’m a super minority. I don’t think we’re well represented anywhere, especially within the creative field. It’s almost like we don’t exist. And it’s kind of shitty because there’s so many of us out there…I had no idea Black people were out here like this, because we don’t get the spotlight at all. 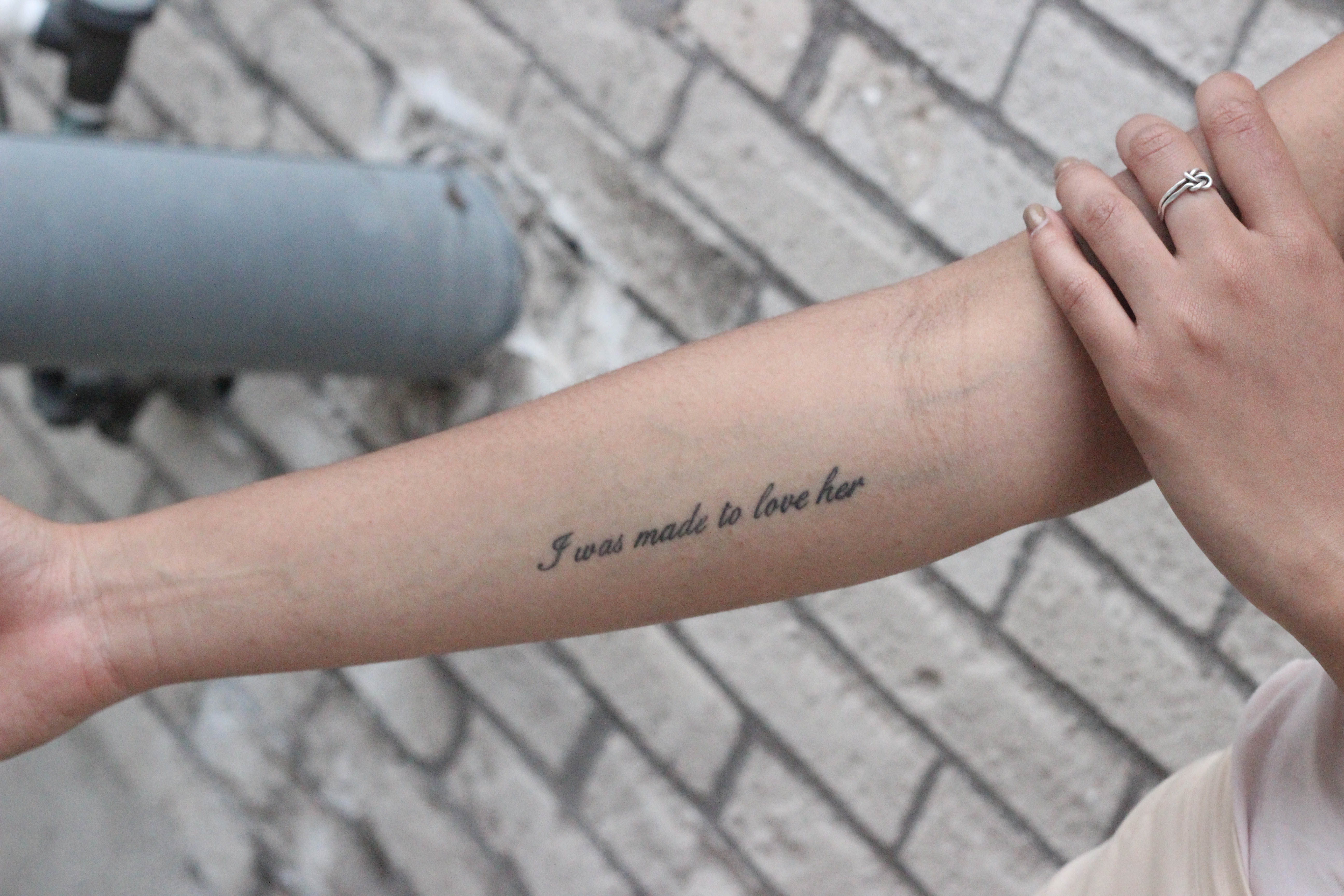 SS: Stanley Kubrick is probably my favorite director because it took me three times to watch Clockwork Orange and it was so long and I was like so against it. I was like “Fuck! This movie is long, what are they getting to?” I finally got to the point where the plot built up and I had the patience to watch it. Besides all of it being cinematically beautiful, the color palettes being wonderful, the scenes flowing together, everything being intentional within the movie, the ending is like duh, wow! Kubrick is amazing. And then I watched 2001: A Space Odyssey, not even gonna lie it took me a few times to get through it. And when I finally got through it I’m like okay this guy is fucking genius and then I just started reading more into him and lightly researching him (not gonna say I’m some expert) but I just really respect his filming style. He was honest in the way he directed. He directed many films and had this mentality where he said, “I did this for me and the audience may or may not like it but whoever likes it, basically they’re the real ones and the ones who know it’s not for them.” And that’s why he made stuff like Full Metal Jacket where he knew they would be box office hits and then he had the other non-conventional films. I just think that style of doing whatever you want and understanding what makes a good piece of art is amazing.

AD: Besides Kubrick, who are your other film inspirations?

SS: Harmony Korine, the director of Kids I watched his other films Gummo and Julien Donkey Boy and his work is weird. He’s a weird guy. If you watch Kids, it’s basically nothing without the message. If it didn’t have the plot of AIDS, it would be about nothing. Gummo is literally Kids with no plot no message. His directing style is amazing. Julien Donkey-Boy is really beautifully made–cinematically very pleasing. All his films have little to no dialogue, almost like they’re unscripted. They’re supposed to be like real life, like someone is walking around taping. Julien Donkey-Boy threw me so off guard and made me cry. I was so drawn in and I started bawling my eyes out because everything transitioned and was edited so perfectly. It was so smooth and I’m like this guy’s a genius.

AD: Where do you pull your inspiration from?

SS: Lately, I’ve been looking at the trends on twitter with photographers with the pale backgrounds–pale pink, pale blue, you know. (Me and Deshia) notice trends and try to stray away from them or not give into the hype so we’re not following the wave. I try to stay inspired by analyzing other people’s art and the artist who started the trend and seeing the people outside the box and they made that happen, they did that all on their own. I’m not about to hop on that wave but I put some of the ideas I have that are random and sporadic and try to make something to be my own so I can be my own brand…I like to be inspired by people who aren’t in the wave and trying to analyze people who are and see what I can do differently. I like to watch short films because sometimes they’re really weird. People are out there making really cool animations that don’t get a lot of attention so when I find a cool one I’m like, “Oh my gosh these people are weirdos but they tell a good story.” It’s not popular and it’s super cool to watch…basically I’m just trying to create my own eye in a way. I’m trying to figure out my own eye. I don’t have a specific style yet. 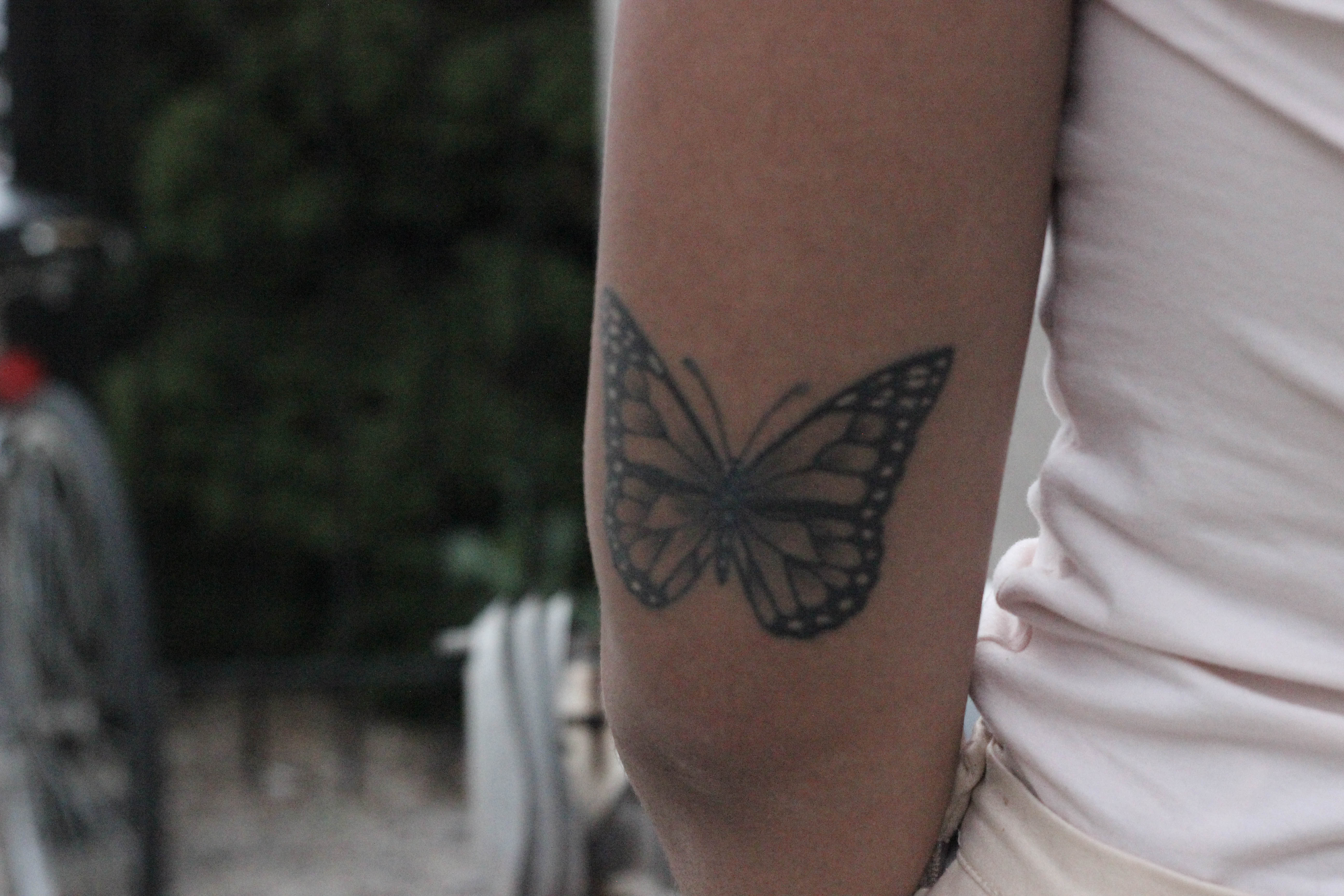 AD: I know you’re introverted. Do you believe being introverted has hindered your growth in your career at all?

SS: I wouldn’t say it’s hindered my growth at all. It’s helped with interviewing skills. I feel like you’re a good listener when you’re introverted. Joining newspaper in high school opened me up so much. I wouldn’t have thought that I would do any videos where I had to walk up and ask a random person a question–that’s very hard. I never thought that I would be that person. Just going to Central and joining clubs by myself or doing things because I like to do them has actually helped me grow as a person tremendously. Even just sitting here with you and asking you questions has helped me be comfortable with it and my personality and who I am and just staying true to myself so I’m not morphing to people’s ideals or thinking I need to act this way to be successful. It’s helped me understand that it’s okay to be introverted within the creative field. Some people just naturally have that “people personality” but that was never me. I used to question myself so much, like why can’t I be like my bestfriend who’s super extroverted and can talk to anyone. It took me a long time for me to notice that people like me and my personality. I have friends. A good amount of friends.

AD: What do you think about how people view creative majors?

SS: My bestfriend is a major in the medical field. I see her doing homework–math and science and stuff like that. I could never even imagine doing that. She brought up how much time [she puts in her] medical stuff, creatives are putting into their work. I talked to a fashion major and she was like people dump down fashion like it’s nothing. You’re doing a bunch of fun stuff. It’s not like medical degrees where you can go home and study–she said she has to spend countless hours in the studio and she’s barely at home. We’re putting in the same amount of time and effort (at least those who are passionate about it). If we don’t do it, who’s gonna do it? I don’t like when people dumb it down. 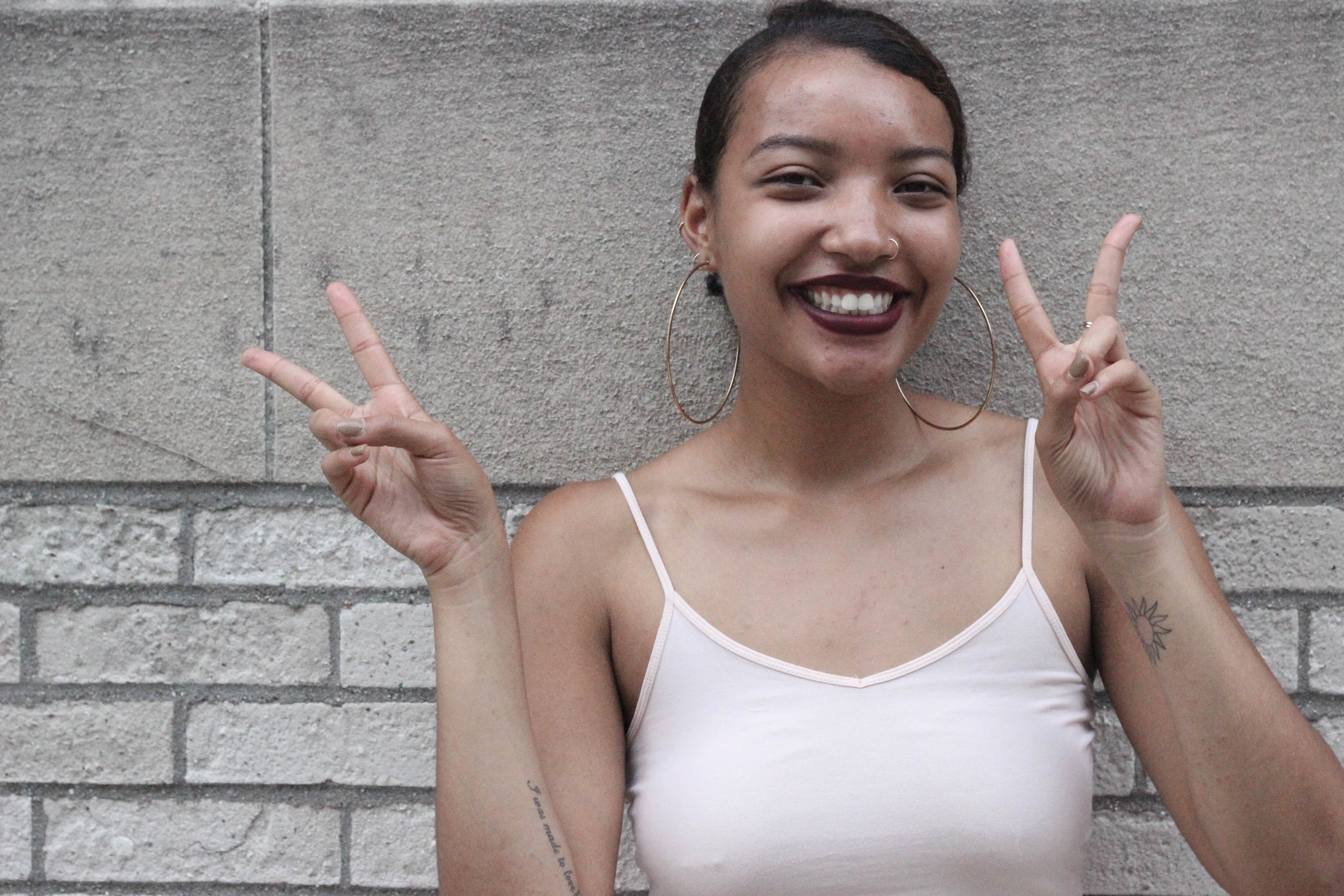